Use of U.S. Department of Defense (DoD) visual information does not imply or constitute DoD endorsement.

Argent Technologies
News and EventsView All

AT Awards Grants for Young Entreprenuers

Argent Technologies, LLC is excited to announce recent GYE Award Recipents. To see what these young visionaries are doing with their awards, please visit our grant recipients page.

AT Physician Interviewed for National Publication

Argent Technologies, LLC sponsors about 10 microloans a year to aspiring entrepreneurs worldwide through Kiva.org. Check out their stories here!

The Hope of a Brighter Future

Argent Technologies, LLC is passionate about contributing to communities and causes worldwide. One of the ways we do this is by supporting Seeds of Hope. Find out how our contributions helped in 2017!

Working together for a better world: Argent Technologies, LLC and Kiva.org

Argent Technologies sponsors approximately 10 groups through Kiva.org. Here are some of their stories:

30 October 2018 — This update on Argent Technologies' loan to Roziya was written by Kiva Fellow KF34, Jessica.

Last year, I served as a Kiva Fellow with HUMO, one of Kiva's Field Partners in Tajikistan and recently had the unique opportunity to return and work with the awesome team once again. It's been wonderful to see familiar faces and catch up on the ways HUMO has worked tirelessly to serve even more borrowers and expand its social impact.

When I was here last August, I had the pleasure of meeting Gulzona, a 36-year old widowed mother of three from Khoroson. Since then, I've been a Kiva Fellow in 6 different countries and have met over 50 borrowers along the way. Each of them has had their own unique story that has made me laugh, cry and everything in between, but Gulnoza's is the one that particularly stuck with me.

During our initial encounter, I had just introduced myself as a representative of Kiva when Gulnoza started speaking, her eyes welling up with tears. Gulnoza expressed her gratitude towards Kiva lenders and how, when the loan officer first explained what Kiva was, she was baffled at why strangers halfway around the world would care about one woman in a small village whom they have never met.

After her husband passed away, Gulnoza became the sole provider AND caregiver for her family. She shoulders a world of responsibility, but you'd never know by her demeanor. She exudes an amazingly tranquil and nurturing quality.

In order to provide for her family, Gulnoza sews beautiful traditional Tajik dresses that her siblings help her sell at the bazaar. She took a Kiva loan last year to purchase a modernized sewing machine that would allow her to increase her daily production. She has since repaid that loan in full.

When I visited her this time, she told me about her plans to take another Kiva loan soon, to purchase an embroidery machine. The machine would allow her to add beautiful intricate details to the dresses, which can then be sold for a greater profit.

Even though it would be easier for her to work in a shop, Gulnoza explained to me that she chose to maintain her workspace at home so that she can simultaneously look after her children. A year later, it is clear that both her business and her children have continued to thrive under Gulnoza's nurturing eye.

Gulnoza's three young children are a living testament to her devotion and care. Last year, I only had the opportunity to meet her oldest daughter, a shy 6th grader named Zumrad. She proudly showed me her school books, which were full of good grades. Zumrad told me that she knew she had to study hard in order to get a government scholarship for her to attend university. She also told me she might become either a doctor or a fashion designer, but she wasn't quite sure what she wanted to be when she grows up (oh my darling, none of us are).

When I visited Gulnoza and her family this time around, I also had the chance to meet her youngest daughter, a vivacious 8 year old named Bunafsha who looked like she was capable of getting into a world of mischief and her son, a 4th grader named Aslamshoh who is already showing a keen head for business.

I remembered they had a pet rabbit last year so I asked if it was still around, Gulnoza laughed and told me Aslamshoh had sold the rabbit at the market. He then used the profits to buy some chicken, fattened them up and then sold them. Aslamshoh now plans to put those proceeds towards buying a cow—which he intends to keep in the courtyard of their house (I'm not sure whether he's cleared this part of the plan with his mother)—as the next step in his livestock venture.

Gulnoza's warmth and generosity is evident by the hugs of welcome I received, the homecooked feast of plov (traditional Tajik rice dish) and the beautiful handmade dress she gifted me. As I watched her capable hands swiftly transform pieces of fabric into works of art, I also could not help but admire her professional skills and work ethic. Yet, what made the most lasting impression was her determination and sacrifice to provide all that she can for her children.

The work that she does and the loans that she takes are building blocks for the future she is creating for her little ones, a future she is also teaching them to create for themselves.

In 2016, Argent Technologies, LLC increased it's contributions to Kiva.org microloans by 600%. Some ways in which AT has helped make a difference include 14 loans in 8 countries. 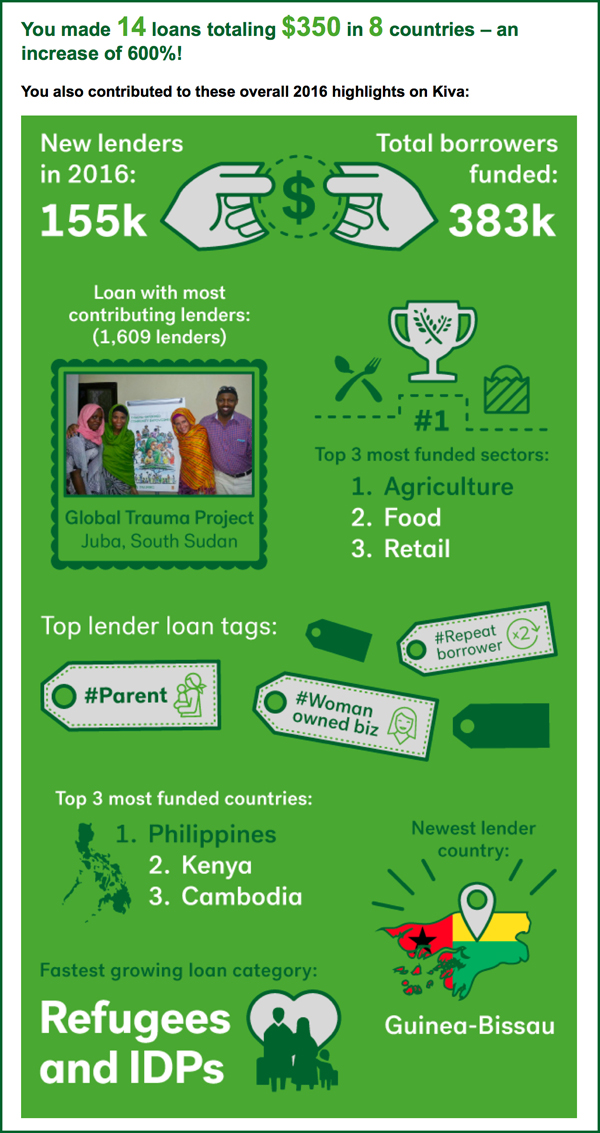 Argent Technologies sponsors approximately 10 groups through Kiva.org. Here are some of their stories:

This update on Argent Technologies' loan to Las Solidarias Group was written by Kiva's Field Partner. 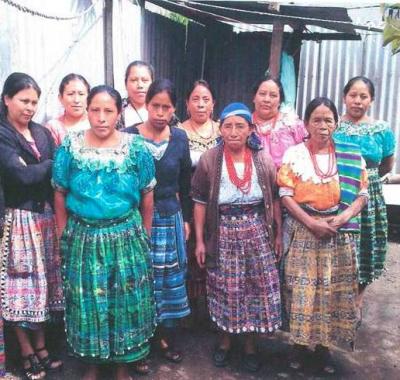 The "Microcredit Plus" Program (loans + education) is of great benefit to almost 30,000 Maya women in Guatemala. Non-formal educational trainings are the backbone of the program & are delivered at the monthly meetings by a Facilitator who speaks the Maya language of the ladies. These sessions cover all kinds of relevant topics like health, hygiene, women's rights, sexual & reproductive health, as well as creating a budget & prioritizing savings.

The Trust Bank "Las Solidarias" is located in the high mountains of Santa Cruz El Quiché. The 10 women in the group are in their 1st loan cycle with KIVA. Their businesses range from the sale of various foods (chicken meat by the pound, sausages, frozen fruit confections), animal husbandry, & convenience stores. Santos is a member of the group, who is 47 years old with no formal education. She has a mobile food cart & sells "granizadas" or icy fruit confections, as well as chocolate covered fruits. Last December, she received a loan to buy 3 freezers & a machine to make her "granizadas". She is optimistic, energetic & determined to continue to invest in the education of her three children who are in elementary school & high school.

The success of Santos & the women in the Trust Bank would not be possible without the kindness & generosity of people like KIVA investors. Kiva.org thanks its contributors for "believing that these ladies can create their own pathways out of poverty!"